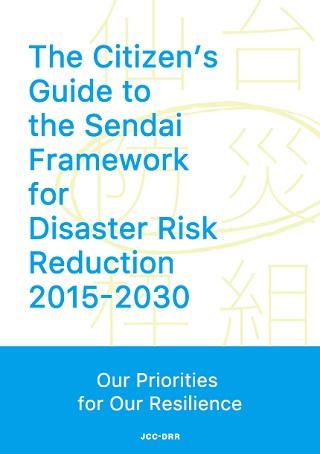 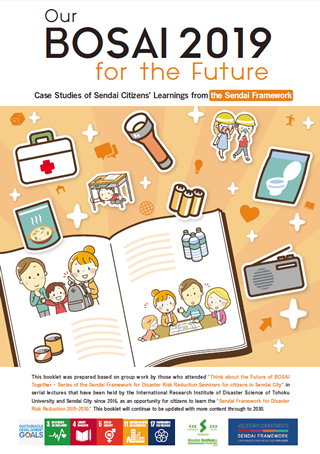 The Sendai Framework is the outcome document of The Third United Nations World Conference on Disaster Risk Reduction and a successor to the Hyogo Framework for Action 2005-2015 that was adopted at the Second United Nations World Conference on Disaster Risk Reduction held in Hyogo Prefecture in 2005. Many countries have started to implement measures for disaster risk reduction based on the Sendai Framework for Disaster Risk Reduction, an international guideline up to 2030.
As a city where this framework was adopted, we are improving tangibles such as essential utilities and other infrastructure as well as promoting disaster prevention and disaster risk reduction on the community level where a variety of residents, including children, elderly people, women and those with disabilities, play a main role in the efforts.

Features of the Sendai Framework

The Sendai Framework for Disaster Risk Reduction 2015-2030 aims to achieve the following outcome over the next 15 years.

Outcome
The substantial reduction of disaster risks and losses concerning lives, livelihoods and health, and in the economic, physical, social, cultural and environmental assets of individuals, businesses, communities and countries.
Additionally, this shows the following goals that must be pursued to realize the outcome.
Goal
Prevent new and reduce existing disaster risks through the implementation of integrated and inclusive economic, structural, legal, social, cultural, educational, environmental, technological, political and institutional measures that prevent and reduce hazard exposure and vulnerability to disaster, increase preparedness for response and recovery, and thus strengthen resilience.
The seven detailed global targets that should be achieved by 2030 have been set to assess global progress in achieving the outcome and goal of the Framework.
Target 1
Substantially reduce global disaster mortality by 2030.
Target 2
Substantially reduce the number of affected people globally by 2030.
Target 3
Reduce direct disaster-related economic loss in relation to global gross domestic product (GDP) by 2030.
Target 4
Substantially reduce disaster damage to critical infrastructure related to healthcare and education and disruption to basic utilities by 2030.
Target 5
Increase the number of countries with national and local disaster risk reduction strategies by 2020.
Target 6
Enhance international cooperation to provide adequate and sustainable support for developing nations to enable them to implement the disaster prevention framework by 2020.
Target 7
Substantially increase people’s opportunities to access multi-hazard early warning systems and disaster risk information and assessments by 2030.

See the efforts in Sendai for each priority actionNEW