Message from the Mayor of the City of Sendai 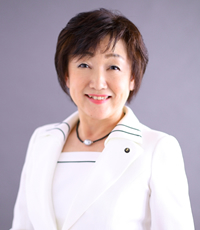 Our city was hit by the most powerful earthquake ever recorded in Japan, causing a level of destruction never before seen. We have been working towards restoration and recovery at the earliest possible stage under the concept of “Build Back Better,” which looks ahead to the future and produces added value. We have been proceeding with improvements to infrastructure, strengthening our disaster response capability through the Disaster Prevention Collective Relocation Promotion Project and the construction of an elevated road. We also put our efforts into helping disaster victims rebuild their lives, settle down in their new area and form a new community. By doing so, we hope that the disaster victims can move forward with hope.

The City of Sendai hosted the Third United Nations World Conference on Disaster Risk Reduction in March 2015. At the conference, The Sendai Framework was adopted as an international guideline for disaster risk reduction that incorporated what we have experienced and learned from the Great East Japan Earthquake. The Framework indicates that the international society should implement measures for disaster risk reduction based on the Framework for 15 years up until 2030. The concept of “Build Back Better” was presented in the Sendai Framework. The concept has the same direction towards recovery as that which the City of Sendai has practiced and continues to work towards. In addition, the Framework clearly stated that it is necessary not only for administrative bodies such as national governments and local governments, but also multi-stakeholders including citizens, companies, and academic and research institutions to participate and work together towards the future promotion of disaster risk reduction.

As the city where the Sendai Framework was adopted, we have a responsibility to send out what we have learned and experienced from the Great East Japan Earthquake, and the efforts of the communities and citizens of Sendai, that were the driving force to work on “Build Back Better” recovery, to the world. In order to ensure the disaster memories do not fade away and to utilize what we have learned and experienced in the future of disaster risk reduction, the most important things are continuing our efforts towards disaster risk reduction and passing down our experiences to future generations.

The City of Sendai continues making efforts to become a comfortable, disaster-resilient and environmentally-friendly city. The true meaning of doing so is to pass on knowledge and each and every valuable experience of the 1.08 million citizens of Sendai. Think about the future of disaster risk reduction with us, and help contribute unique ideas befitting of Sendai.