About Disaster-Resilient and Environmentally-Friendly City

Aiming to Make Sendai a “Disaster-Resilient and Environmentally-Friendly City”

Having experienced the Great East Japan Earthquake, we once again realized that cities are exposed to a variety of disaster threats. Based on the lessons learned from this disaster, Sendai City is proceeding to build a “Disaster-Resilient and Environmentally-Friendly City,” which will be prepared for threats from future disasters and climate changes.

With the affluent environment of Sendai, the City of Trees, as our base, we are promoting “urban development” by improving the resilience of infrastructure and energy supplies as well as promoting “human capacity building” that will help support disaster risk reduction activities in local communities. We focus on “mainstreaming disaster risk reduction” while incorporating both this and environmental considerations into every policy, and maintaining a high level of security and safety in the lives of our residents and in our economic activities, in addition to maintaining the city’s comfortable living environment.

While passing down on our experiences and lessons learned from the Great East Japan Earthquake to future generations and nurturing our residents’ disaster risk reduction culture, we will continue to share information on our various efforts. We will communicate efforts carried out by local communities, NPOs, businesses and research institutions by making use of the domestic and international networks that were created through hosting the Third United Nations World Conference on Disaster Risk Reduction in Sendai in March 2015.

We will focus on contributing to the world’s disaster risk reduction culture and establishing a city brand for a comfortable living environment and a high level of disaster preparedness. 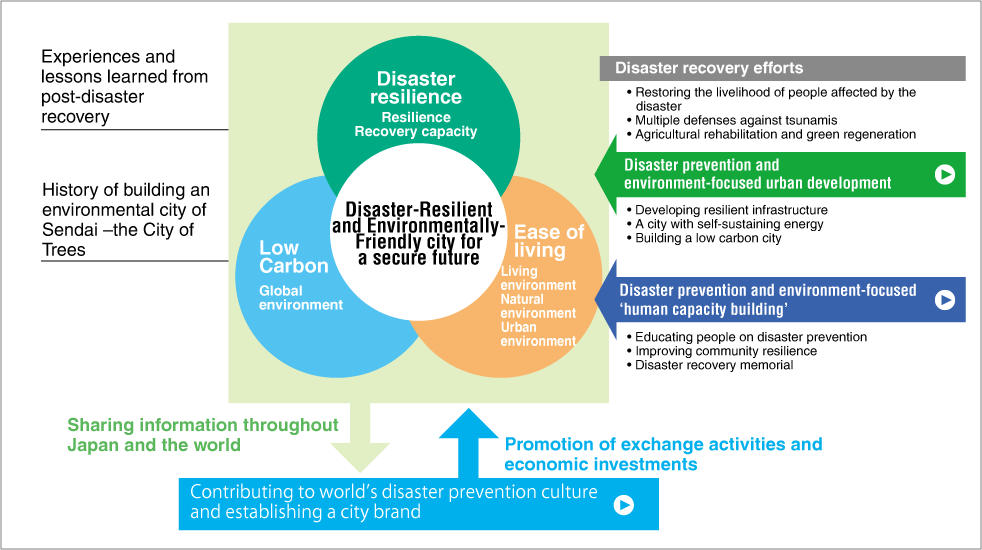 Past Disasters and Disaster Countermeasures in Sendai 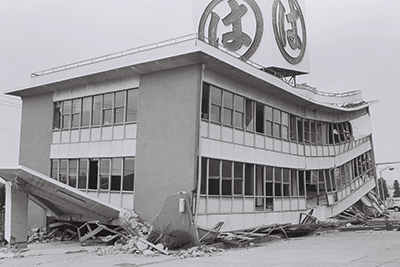 Around once every forty years a large earthquake of around magnitude 7 occurs off the coast of the city, so earthquake preparedness is an important matter.

Based on the lessons learned from the 1978 Miyagi-ken-oki earthquake (M 7.4), Sendai proclaimed itself a “Disaster-Resilient City”, the first to do so in Japan, and it also designated June 12 as “Citizen Disaster Prevention Day”. Sendai has taken many earthquake countermeasures, such as improving the earthquake resistance of old buildings and essential utilities, removing concrete block walls, and improving disaster prevention education to create a safer city.

In addition, the Great Hanshin-Awaji Earthquake in January 1995 provided the impetus to improve voluntary disaster prevention organizations, and improve the earthquake resistance of city facilities, including school buildings, and vital utilities such as water and gas, as well as continuing to disseminate information and raise awareness for disaster risk reduction.

Outline of the Great East Japan Earthquake and the Damage Sustained

On March 11, 2011, Sendai City was struck by a tremendous earthquake with a magnitude of 9.0 that occurred off the Sanriku coast of northern Japan. The event recorded a maximum of 6 upper (on the Japan Meteorological Agency seismic intensity scale) in Sendai. The tsunami devastated the coastal areas of eastern Sendai. The city’s hilly northwestern areas and their surroundings suffered significant landslides that damaged residential areas.

On the other hand, central Sendai did not suffer major damage such as that from the collapse of buildings or widespread fires; however, within the total municipal area, about 140,000 houses were either severely or partially damaged, or totally collapsed.

The disaster led us to face re-emerging challenges specific to urban areas, which include operation of the evacuation centers where, at a maximum, more than 100,000 people accounting for 10% of the city population stayed after the earthquake, providing short-term accommodation for stranded commuters who could not return home after the disaster, and responding to the needs of the elderly and people with disabilities. 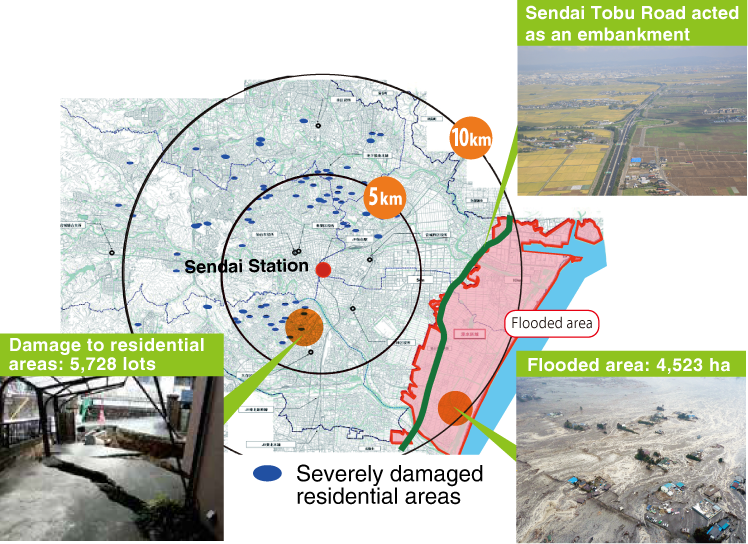 The main conference of the WCDRR was attended by over 6,500 participants, including 25 heads of state, over 100 ministerial-level delegates and the Secretary-General of the United Nations, representing government delegations from 185 countries, 49 intergovernmental organizations, 188 non-governmental organizations, and 38 international organizations. The public forum events, such as symposiums and exhibitions, were attended by a total of over 150,000 participants. The WCDRR in Sendai was one of the largest international conferences of the United Nations held in Japan. Other events were held including study tours of the disaster-affected areas, excursions and receptions in cooperation with the six prefectures of the Tohoku Region.

Since Sendai is the name bearer and where the Sendai Framework for Disaster Risk Reduction 2015-2030 was adopted at the Third UN World Conference on Disaster Risk Reduction, Sendai is committed to passing on our experiences and the lessons we learned from the disaster, sharing the initiatives carried out during restoration, and contributing to international disaster prevention and disaster risk reduction. 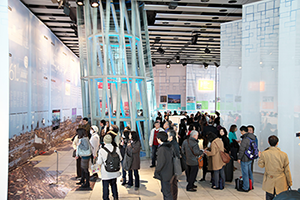 Visitors at the Tohoku Reconstruction and
DRR Pavilion (Sendai Mediatheque) 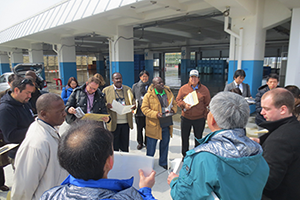 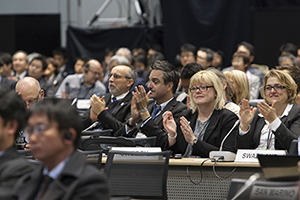 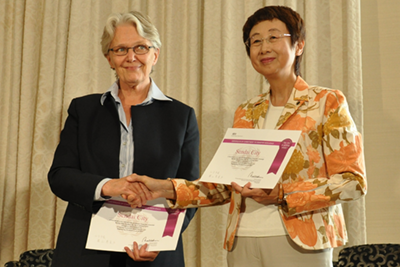 Margareta Wahlström, Former Special Representative of the UN Secretary-General for Disaster Risk Reduction presented the Mayor of Sendai with a certificate of recognition on October 9th, 2012.

n UNISDR’s Making Cities Resilient campaign, Sendai was recognized as a role model city for empowering people in disaster risk reduction in October, 2012. It is the 35th role model city in the world and the second in Japan following Kobe.