Target 5: The Progress of Our Disaster Risk Reduction Strategies

Agreements for Cooperation During Disasters Between Local Governments, Private Businesses and Organi

Sendai had 116 of these agreements in place before the Great East Japan Earthquake, and this number has risen dramatically since then, with 177 agreements currently in place (as of April 2016). We received a lot of support during the earthquake, and these agreements proved to be effective. Therefore, we formed agreements for areas that were not previously comprehensively covered, and aimed to strengthen similar agreements by increasing the number of parties the agreements were made with to make a more stable response possible.
Some examples are agreements regarding the support of stranded commuters and travelers, and agreements for tsunami evacuation facilities and buildings.

For countermeasures for stranded commuters and travelers, see “Efforts for Making Sendai a Disaster-Resilient and Environmentally-Friendly City – Human Capacity Building – Measures for Stranded Commuters with Cooperation from Businesses.” 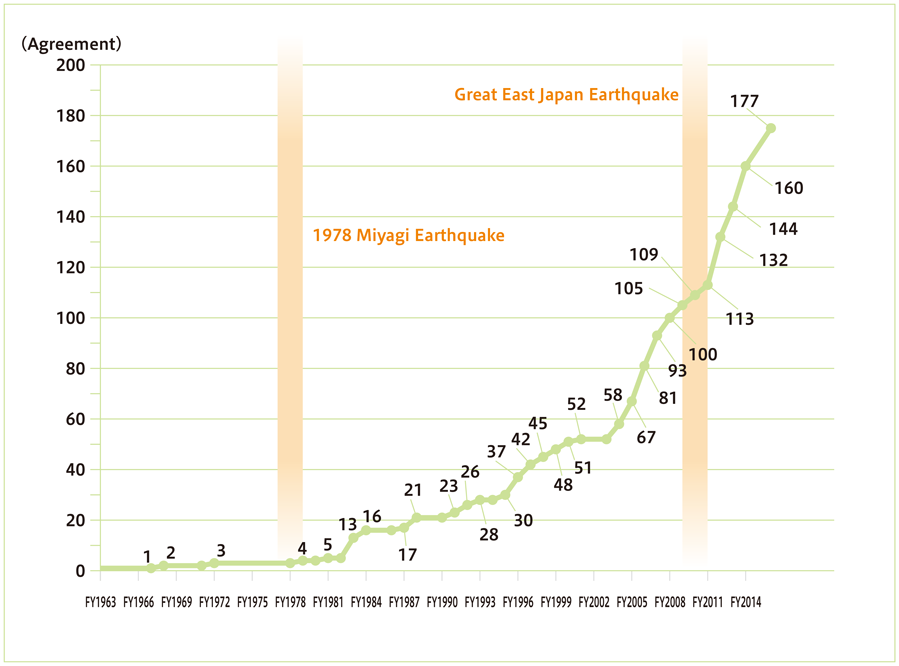