In order to utilize our experiences of the Miyagi-ken-oki earthquake that occurred on June 12, 1978, and make Sendai a safer city when disaster strikes, we proclaimed Sendai a “Disaster-Resilient City” the following year on June 12, 1979, and appointed June 12 as “Citizen Disaster Prevention Day.” We conduct a city-wide integrated disaster response drill on this day every year.

These drills were run by the local government until the Great East Japan Earthquake. However, we were reminded of the lack of manpower in the government and how important the role of citizens is when the Great East Japan Earthquake struck. As a result, since 2012, we have moved to a new system of drills that equip not just the government, but also local residents with the skills to respond correctly when there is a disaster. This includes holding new drills where residents practice operating an evacuation center, and drills that imagine a disaster occurring at night. 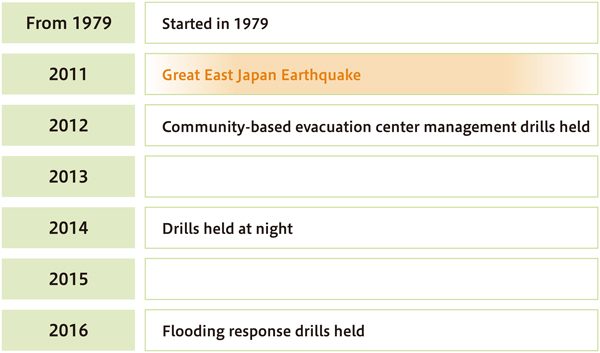 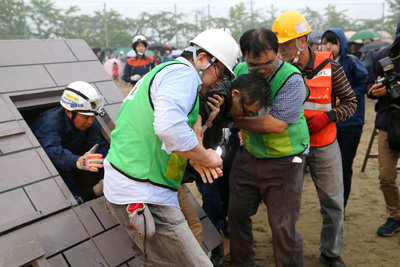