The City of Sendai held the “2017 Sendai Symposium for Disaster Risk Reduction and the Future - communicating, sharing and passing on our experience‐" on March 12, 2017

This forum was held with an intention of how to pass on the experiences and lessons learned from the disasters to the world and future generations. The forum offered several themed sessions; community development, passing on experiences onto the younger generations, report on learning outcome of courses on “Sendai Framework for Disaster Risk Reduction 2015-2030”, and participation of female and persons with disabilities. During those sessions, specific efforts were introduced and discussed. Furthermore, at the exhibit booths and mini presentation, community groups, which engage in disaster prevention and disaster risk reduction, NPOs, businesses and students introduced their efforts and those who visited the event had lively interactions with the exhibitors.

At the closing ceremony after the reports from each themed session and tandem symposium, we held a panel discussion inviting with Ms. Yuki Matsuoka, Head of UNISDR Japan office and Mr. Takashi Tachibana, Representative of Public Interest Incorporated Association’s MORIUMIUS as commentators, and Mr. Fumihiko Imamura, Director of the International Research Institute of Disaster Science (IRIDeS), Tohoku University as coordinator. In the discussion, their remarks are such as “They were encouraged by everyone’s continuing realistic efforts.”, “It’s important to take the basis of the things that we have learned from Great East Japan Earthquake and continue it in other regions.” and “We need to send out our efforts overseas.”

7. Aspects of the Event 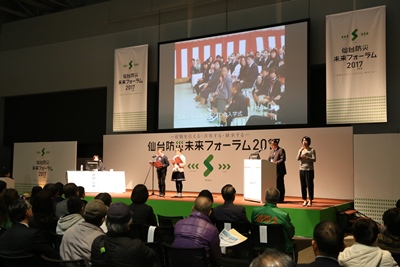 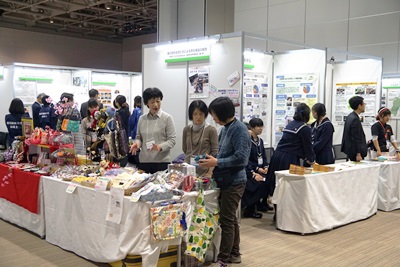 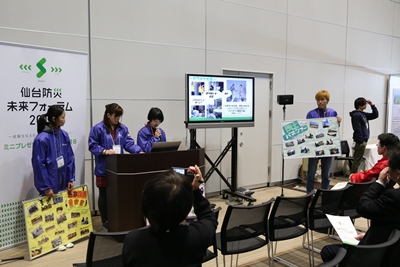 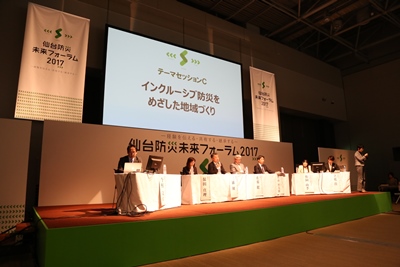 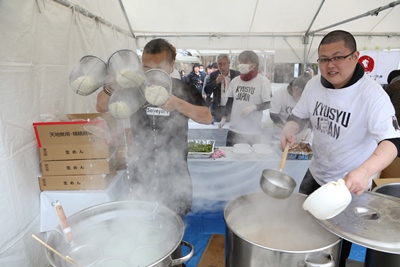 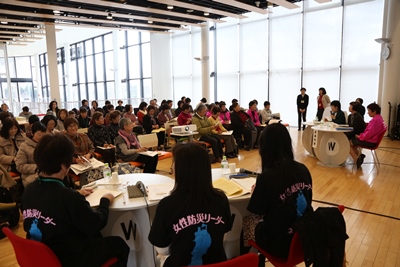 Tandem Symposium (Has “people’s recovery” been advancing after the 6 years from the Great East Japan Earthquake? )