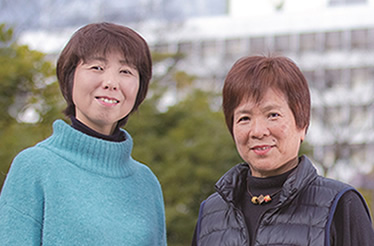 During the World Bosai Forum period, an event called “Sendai Bosai Pavilion" (Sendai DRR Pavilion) was held. During the event, a hands-on program was held, titled "Let's make colorful lanterns and sweets." The program was planned and operated by the Sendai Women Leaders’ Network for DRR. This article is based on an interview with two members of the Women’s Network regarding activities they are involved on a regular basis, in order to familiarize re people with DRR.

We engage in activities as members of the Sendai Women Leaders' Network, comprising of more than 100 members. After the Great East Japan Earthquake, we learned practical knowledge about a wide range of issues, including municipal DRR measures, consideration for disabilities and gender, and the operation of evacuation centers. Using these experiences, we began engaging in activities. Members of the Network implement and coordinate community-based DRR activities, planning and operating voluntary training programs and DRR events. 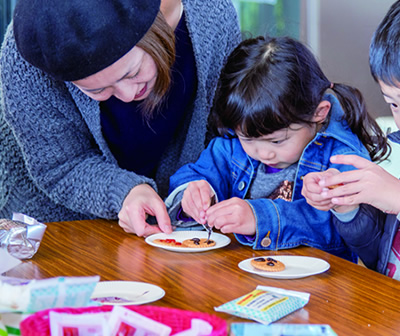 As one of the programs of the Sendai Bosai Pavilion, an event organized by the City of Sendai for its residents in the World Bosai Forum period, we planned and operated a DRR event. We taught participants how to make DRR lanterns, which anyone can easily make using plastic bottles and chemical light sticks, and also DRR sweets, made by decorating disaster relief crackers with chocolate and jam. This event provided approximately 1,000 participants, including children and their families, with an opportunity to learn about DRR while having fun by using familiar items in new ways. We hope that the participants share the tips and wisdom they learned, which enable them to protect their lives and survive, with their families and acquaintances.
We hope they remember what they learned when a disaster actually strikes. Besides the event at the Sendai Bosai Pavilion, we hold various local DRR events, including seminars to learn about DRR history, and DRR measures for elderly and disabled people. 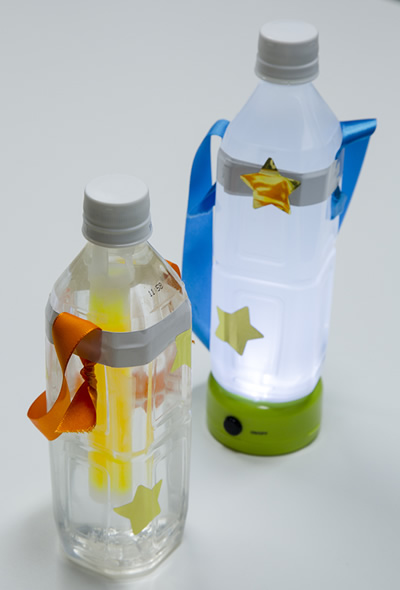 The scope of DRR is very wide. We will continue steady efforts by providing events and information that many people can enjoy regardless of sex or age, so that more and more people become interested in DRR.