What is Real Recovery?
The Importance of passing on the sentiments of former residents 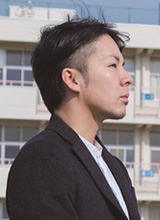 Shortly after the Great East Japan Earthquake occurred, the tsunami surged towards my house in the coastal area of Sendai City, so I evacuated to a local elementary school, a designated refuge area. Around 3,000 people had evacuated there and I thought about what I could do to help. I decided to send out safety information for the evacuees to their families and friends via Twitter, and managed to do so for over 100 of them. Prompted by a desire to do more, I held an event where balloons containing flower seeds were released on March 11, 2012, exactly one year after the earthquake. This event, held in the coastal area, Arahama, was the beginning of the HOPE FOR project activities. The words "HOPE FOR" printed on the balloons represented two hopes: to encourage each person who releases a balloon to make a wish by adding words that continue on from those printed, and for the flower seeds inside the balloon to grow and bloom where they eventually land. I have continued engaging in HOPE FOR project activities because I believe it is important for former-residents of the Arahama area to have a place to return to that reminds them, even just once a year, of those who lost their lives and the former Arahama area as it was before the earthquake. 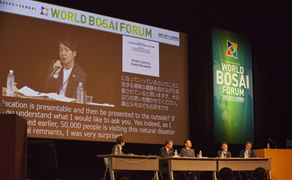 In future, it is essential for each of us to consider disaster risk reduction and "Build Back Better" mean to us personally. I believe that simply constructing buildings and holding events are not the only things required for reconstruction. I strongly hope that reconstruction will be carried out while respecting the thoughts and opinions of the former-residents and future visitors to the Arahama district.