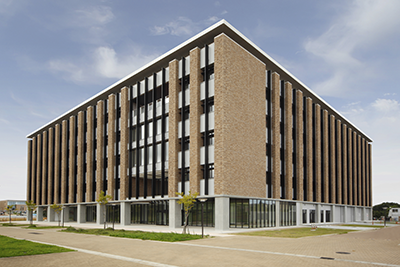 The International Research Institute of Disaster Science (IRIDeS) at Tohoku University was established in April 2012, one year after the disaster. It was established as a new field of interdisciplinary research to respond to low-probability “mega disasters” that cannot be handled effectively with a traditional disaster prevention or disaster risk reduction system. IRIDeS is made up of researchers working in various fields that include literature, science, engineering, information technology, and medicine. It conducts a wide range of activities such as explaining the outbreak mechanism of a massive earthquake and tsunami, archiving lessons learned from the Great East Japan Earthquake, and distributing “Disaster Prevention Notebooks.” IRIDeS also has carried out emergency surveys such as those at the time of 2013 Haiyan Typhoon in Philippines, the Central Nepal Earthquake and the Kanto-Tohoku heavy rain in 2015.

Based on an agreement with Sendai City, IRIDeS has drawn up a disaster prevention plan for the Sendai area, developed tsunami evacuation measures such as the creation of hazard maps, made improvements to evacuation centers, and continues to hold workshops to help residents make evacuation maps.

Tohoku University established the Global Centre for Disaster Statistics in March 2015, with the cooperation of the United Nations Development Programme (UNDP). This organization aims to utilize disaster statistics gathered from countries around the world. IRIDeS analyzes the acquired data and shares the results globally to contribute to disaster prevention and development policies. These disaster statistics will be indispensable in managing and following up implementation of the Sendai Framework.