In order to improve voluntary disaster prevention organizations and the disaster prevention capacity of the entire Sendai area, Sendai City started an independent training program in FY 2012 to develop Sendai City Community Disaster Preparedness Leaders (SBL).* About five SBLs will take a central role in each “Alliance of Neighborhood Associations” in the city. 584 participants (including 144 women) have attended the training during the four years up to FY 2015.

In the future, we will raise the name recognition of SBL, involving more women and youth in this program, and enhance mutual cooperation between SBLs in addition to developing new leaders and holding “back-up” training sessions.

*The abbreviation is for Sendai Bosai (meaning disaster prevention) Leader 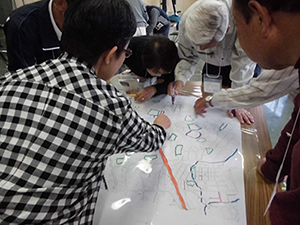 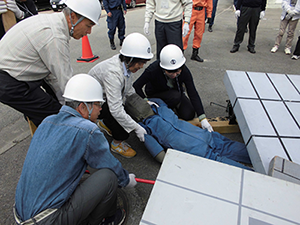 Drill to rescue people from a collapsed building 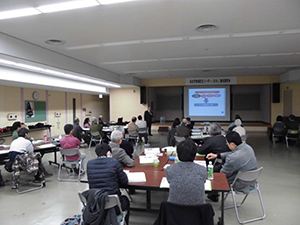 Lecture on the basics of evacuation center
operation