Community Initiatives for Prior Preparations 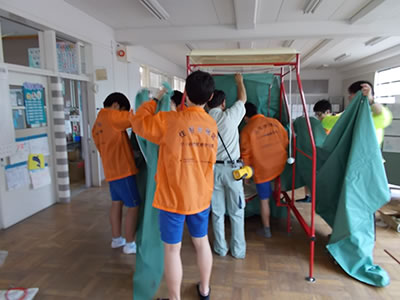 The disaster brought to light various problems in the evacuation center operation system. Thus, when reviewing the Sendai City Disaster Prevention Plan, we created an Evacuation Center Operation Manual based on feedback from local residents, who participated in the operation of evacuation centers at the time of the disaster, and from facility operators.

Using this manual, three parties, namely, community organizations, Sendai City and facility operators, are working together to create a tailored manual for each community.

Of 193 designated evacuation centers, 182 centers (94%) created their own operation manual as of the end of April 2016, which led to enhanced awareness of disaster prevention in each community. 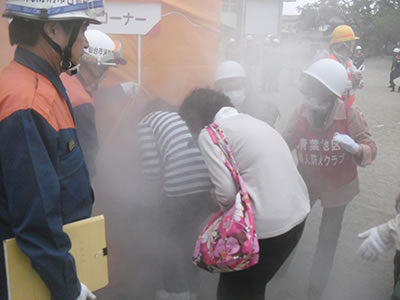 Sendai City aims to achieve “self-help” “mutual aid” and “public assistance” and to strengthen coordination between them, and will continue to carry out comprehensive emergency drills to help do so.

On or around the Citizens Disaster Prevention Day on June 12 every year, emergency disaster drills take place throughout Sendai.

They include “voluntary disaster prevention drills” to check preparations for a disaster in the home or workplace, “disaster response drills” for each community to confirm the safety of its residents, to conduct initial fire extinguishing exercises and first aid drills after a disaster occurs, and “evacuation center management drills” to confirm the flow of operations from the time an evacuation center opens. In some areas, the drills are sometimes conducted at night to simulate a disaster occurring in the dark. The “evacuation center operation drills” allow each community-specific Evacuation Center Operation Manual to be put into practice and verified.

In addition, various drills are held throughout the year. These include “drills for victims unable to return home after a disaster” around JR Sendai Station, and “tsunami evacuation drills” mainly conducted in the eastern coastal areas. Sendai City aims to realize “disaster prevention with the collective strength of its 1,080,000 residents.”