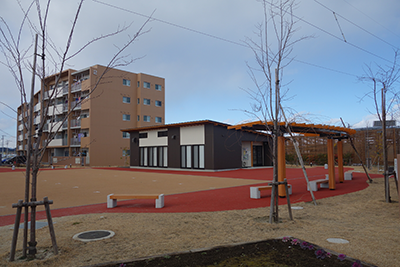 The “Eco Model Town Project” addresses the issue of developing a town where the needed energy is self-produced in an efficient manner without excessively depending on specific energy sources.

An energy management system has been introduced in disaster reconstruction municipal housing units for people affected by the disaster in the Tago-nishi and Arai-higashi land readjustment project areas, as well as detached houses in the aforementioned Tago-nishi area. This system efficiently combines different energy sources and supplies electricity sent from solar panels, storage batteries, and gas co-generation systems (producing electricity and hot water from city gas, only in Tago-nishi).

Based on data of both the amount of electricity generated and electricity consumed, a peak shaving operation and the efficient use of various energy sources are performed in cooperation with residents. 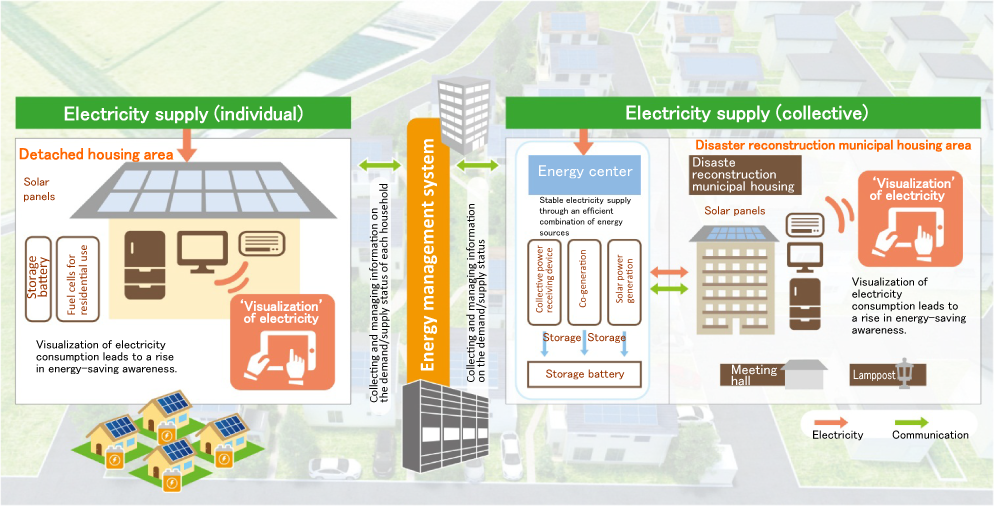